WHAT EVENT GAVE BIRTH TO THE USA? 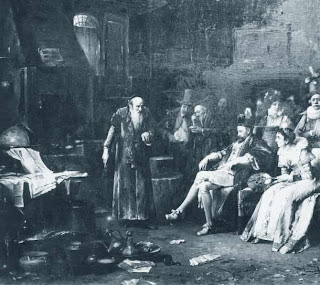 Most astrologers use the historical event of the declaration of independence, notably events on July 4th 1776, for rectifying a natal chart for the USA. However, numerous problems with this approach have been identified by historical and legal scholars:

1) The historical case for the timing of this event on July 4th is weak. Other dates, in July and on August 2 of the same year, have been identified as equally or more important. 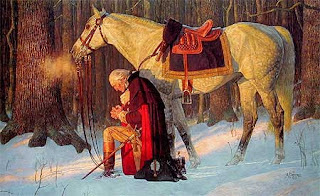 2) A printed Declaration justifying independence is not the same thing as the achievement of independence itself, which occurred at the conclusion of the American Revolutionary War.

3) Many astrologers assume nationhood was achieved when the thirteen independent colonies (not yet states, with their own constitutions) declared in unison that they would no longer follow British laws. However, as understood by the members of Congress, it was only with the ratification of the Articles of Confederation and Perpetual Union in 1781 that the stile: “United States of America” became established in law, and the USA a nation in practice.

DECLARATION OF INDEPENDENCE
June 11, 1776: The Second Continental Congress appoints a committee to prepare a draft of a Declaration to the effect of the anticipated act of declaring Independence. Thomas Jefferson, with John Adams and Benjamin Franklin, brought the draft before Congress on June 28.

July 2, 1776: Late this afternoon, Congress enacted the resolve: “That these United Colonies are, and of right ought to be, free and independent States, that they are absolved from all allegiance to the British Crown, and that all political connection between them and the State of Great Britain is, and ought to be, totally dissolved.” The Pennsylvania Evening Post reports this very day that “Congress declared Independence.”

July 4, 1776: During the hour before noon on this day, Congress agrees to certain textual revisions to the committee draft of “A Declaration by the Representatives . . ,” and orders its completion by an authenticated broadside (one page) printing. Returned from the printer, President John Hancock signs in authentication; and on the following day, Hancock baptizes the broadside with the informal name it has been known by ever since, the “Declaration of Independence.”

July 8, 1776: By the order of Congress, the Declaration is ceremonially proclaimed in each of the State capitals, on various dates during July and August 1776, starting with Philadelphia at noon time on this day.

July 9, 1776: On this day New York becomes the 13th and final state to consent to the declaring of independence by Congress, and, too, the first state to ratify the July 4th broadside Declaration.

August 2, 1776: By the July 19 order of Congress, on the morning of this day, the delegates affix their signatures to the engrossed parchment edition of July 4th Declaration. By November, 55 members have complied; the 56th, the final signature, is added in 1781.

February 20, 1777: On this day the Governor of Georgia signed the state’s first constitution, in which the preamble contains the ratifying adoption of the July 4th Declaration. Georgia was the 13th state to ratify the Declaration.

ACHIEVEMENT OF INDEPENDENCE
February 6, 1778: Late this afternoon at the Paris office of the French Ministry of Foreign Affairs , representatives of "The Most Christian King" (Louis XVI) and "The thirteen united States of North America" signed a Treaty of Amity & Commerce, and a Treaty of Alliance. By these two treaties France joined America in its revolutionary war of independence.

October 17, 1781: British General Cornwallis was defeated at the battle of Yorktown on this day; Corwallis’ army formally surrendered to the Americans and the French two days later.

April 19, 1782: The result of the diplomatic iniative of John Adams, and despite opposition from France, on this day the Netherlands extends formal diplomatic recognition to the USA as an independent nation.

September 3, 1783: Peace Treaties, between the USA and Great Britain and among France, Great Britain, and Spain, are signed at Paris and Versailles during the morning and afternoon of this day. At long last Great Britain recognizes the sovereignty of the United States of America.

ARTICLES OF CONFEDERATION AND PERPETUAL UNION
June 12, 1776: Second Continental Congress resolves to appoint a committee of thirteen to prepare a draft of a constitution for a confederate type of union [1].

November 15, 1777: By early afternoon, the members of the Second Continental Congress authenticate the Articles of Confederation and Perpetual Union. Two copies of the document were sent to the governor of each of the 13 states for adoption by actuating ratification.

February 12, 1781: the Maryland Act of ratification is entered into the records of Congress.

March 1, 1781: The Maryland delegation to Congress adds the state’s formal signatures to the Articles of Confederation at noon time on this day in Philadelphia. This constitution signing ceremony is a formality with regard to the prior establishment of the perpetual Union, the USA, which was forged a month earlier in Annapolis. At the same time, it represents the first constitution’s enactment into law in each of the 13 states.

March 2, 1781: The Second Continental Congress convened for the first time under the Articles, and thereby becomes “The United States in Congress Assembled”, with Samuel Huntington as its first President.

CONCLUSION
The historical record shows clearly that it is doubtful to use July 4th, 1776 as the time for the birth of the USA as a nation. Other dates, in July and August 2 of that year, configure prominently.

Moreover, in the book The American Revolution (Mariner Books, 2001) by Bruce Lancaster, the following passage brings out the critical distinction between the act of declaring independence and achieving independence:

"The formal treaty of peace was signed on September 3, 1783. Eight long, bitter years after a ragged volley was fired on Lexington Green, the war was officially over. AMERICA HAD WON ITS INDEPENDENCE."
.
The quoted passage brings out the fact that independence declared on July 2, 1776, and the attendant July 4th broadside Declaration publicized soon after, were the germinus, while the achievement of treaty-established independence was the terminus. Traditionally, most astrologers consider the terminus (in the sense of coming into being) of any event more important than its germinus (in the sense of being seeded).

More fundamentally, it is problematic to take an act of declaring separation from the 'mother country' by independence-minded colonies as representing the birth of their union. At best this event could be considered the birth of thirteen individual provinces in association, but not of their formal union. In this regard, it bears noting that this association of the 13 colonies had no formal status under international law. Such legal status , in terms of the colonies being incorporated as states with a constitution, was not established until long after the Declaration was issued.

It is a fact that the establishment of a PERPETUAL UNION of the thirteen states is the perfecting event that represents the moment of the historical formation of the USA as a nation. When treaty-established independence was finally achieved in 1783, it was all the more seen as the result of the success of the Union that the USA had already become more than two years before. The SAMVA USA chart is based on the event when the Perpetual Union came into being.

Footnotes
[1] Interestingly, the symbolism in the design of the US flag is consitent with the twofold nature of the Articles of Confederation and Perpetual Union as the nation's new constitution and formation of its union. On June 14, 1777, in order to establish an official flag for the new nation, the Continental Congress passed the first Flag Act: "Resolved, That the flag of the United States be made of thirteen stripes, alternate red and white; that the union be thirteen stars, white in a blue field, representing a new Constellation." This fact, so emblazoned in the nation's ultimate symbol, reveals fully the great importance the founders attributed to the formation of the Union.

Acknowledgement
I gratefully acknowledge comments by historical scholar John T. W. Battalana on this article. He is also the source for important historical dates. I also thank Professor V. K. Choudhry for his monumental contribution to astrology by creating a scientific and consistent system of astrology, the Systems' Approach. Any errors and omissions are strictly mine.
Posted by Cosmologer at 3:05 AM No comments: