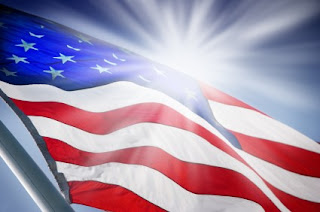 On April 19, 2016 will be the third time the USA begins a major planetary period of the Sun in the 20° Cancer rising SAMVA USA chart. The chart is based on the time when the country was formed as a Perpetual Union at 17:00 LMT on February 2, 1781 in Annapolis, MD (relocated to then capital city of Philadelphia, PA with 16:59 LMT).

Following weak and divisive major periods of Ketu (1989-1996) and Venus (1996-2016), lasting for almost three decades, the Sun major period (2016-2022) promises to usher in positive changes in the national life. The Sun is a powerful and benefic planet in the Cancer rising horoscope as the lord of the second house, a sun-like house. It is placed in the productive and ambitious sign of Capricorn, and is on the most effective point (MEP) of the seventh house. The Sun thereby adds power and status to the foreign relations of the USA. As the Sun also aspects the 1st house of self, the image of the country as a powerful entity gains added prominence.

During previous Sun major periods, leadership in the national life has thus come to the forefront. Accordingly, this karma of the nation suggest that a person will be brought forth as a leader that embodies such qualities. In the prior Sun major periods, the leaders who inspired others with their stature and heart were George Washington and William McKinley. They also had the personal understanding and conviction to enact major and desired changes at the national level.

As a lead in let us recall an insightful conversation on SAMVA list many years ago with astrologer & author V. K. Choudhry on the types of power that may be distinguished through the planets. In particular, Mr. Choudhry made the distinction between the power that is felt in terms of authority and respect, which he related to the Sun, and the power that comes from the direct application of force, which is linked to Mars. The former type of power is typically embodied by the leader of the country (Sun) while the latter type of power is represented by the police and military (Mars).

Below we review the leadership episodes of these two men and consider if the leading candidates today embody such qualities and vision.

FIRST SUN PERIOD (April 19, 1776 – April 18, 1782)
FORMATION OF THE USA AND VICTORY IN REVOLUTIONARY WAR
The first period began in April 1776 at a time when a full-scale revolt of the colonials against British rule was in full swing. While this was before the actual formation of the country in 1781, it is consistent with the evolving karma of the new country. Importantly, the first Sun period was prefaced by decades of social problems stemming from conflicts with the French, Indians and finally the British. Victory in the Revolutionary War was achieved with the surrender of British General Cornwallis on October 19, 1781, half a year before the period ended in April 1782.
George Washington (February 22, 1732 – December 14, 1799) was the military leader of the Americans in the Revolutionary War. In 1775 the Second Continental Congress commissioned him as commander-in-chief of the Continental Army in the American Revolution. In that command, Washington forced the British out of Boston in 1776, but was defeated and nearly captured later that year when he lost New York City. After crossing the Delaware River in the middle of winter, he defeated the British in two battles (Trenton and Princeton), retook New Jersey and restored momentum to the Patriot cause. His strategy enabled Continental forces to capture two major British armies at Saratoga in 1777 and Yorktown in 1781. Historians laud Washington for the selection and supervision of his generals, preservation and command of the army, coordination with the Congress, with state governors and their militia, and attention to supplies, logistics, and training. In battle, however, Washington was repeatedly outmaneuvered by British generals with larger armies. After victory had been finalized in 1783, Washington resigned as commander-in-chief rather than seize power, proving his opposition to dictatorship and his commitment to American republicanism.[1]

SECOND SUN PERIOD (April 19, 1896 – April 18, 1902)
POLITICAL AND ECONOMIC REGENERATION AND EXPANSION OF INFLUENCE
The second period began in April 1896 when the nation voted into office new energetic leadership in the person of William McKinley who began to transform the country by rejecting the ideas of the conflictual Gilded Age and introduced policies founding the economically more active and socially more harmonious Progressive Era. President Roosevelt continued with vigour such policies in the second term, after McKinley's assassination.
William McKinley (January 29, 1843 – September 14, 1901) was the 25th President of the United States, serving from March 4, 1897, until his assassination in September 1901, six months into his second term. McKinley led the nation to victory in the Spanish–American War, raised protective tariffs to promote American industry, and maintained the nation on the gold standard in a rejection of inflationary proposals…he secured the Republican nomination for president in 1896, amid a deep economic depression. He defeated his Democratic rival, William Jennings Bryan, after a front-porch campaign in which he advocated "sound money" (the gold standard unless altered by international agreement) and promised that high tariffs would restore prosperity. McKinley hoped to persuade Spain to grant independence to rebellious Cuba without conflict, but when negotiation failed, he led the nation in the Spanish–American War of 1898; the U.S. victory was quick and decisive. As part of the peace settlement, Spain turned over to the United States its main overseas colonies of Puerto Rico, Guam, and the Philippines; Cuba was promised independence, but at that time remained under the control of the U.S. Army. The United States annexed the independent Republic of Hawaii in 1898 and it became a U.S. territory.[2]

As the above makes abundantly clear, the leaders of the USA during the prior Sun major periods, embodied the power of authority and respect in their time to a pronounced degree. Of course, this positive energy is ever present concerning the US Presidency, but is much more apparent during the Sun period than at other times.

THIRD SUN PERIOD (April 19, 2016 – April 18, 2022)
REINVIGORATION AT HOME WITH BETTER ECONOMIC OUTCOMES AND IMPROVED STATURE IN WORLD
The third time this period is dawning in April 2016, the country is in the throes of a full blown political rebellion against the party establishment, with a focus on rejecting the ideas of the past and bringing in more energetic leadership. The likely choices the USA electorate will face in November, are Donald Trump (June 14, 1946 -) and Hillary Clinton (October 26, 1947 -). The question is which candidate is more aligned with the karmic energy of the country.

It is in this context that the political platform of the leading Republican candidate for President, Donald Trump, is interesting. He has spoken of the need to Make America Great Again, and to put America First in the foreign policy domain. Recently, he spoke about what he would like to project abroad as leader of the USA. He said

“Real power is through respect. Real power is, I don’t even want to use the word, fear. But you know, our military is very sadly depleted. You look at what’s going on with respect to our military and it’s depleted from all of the cuts,” Trump said, noting that he frequently sees advertisements for former U.S. military bases being available for purchase. “I don’t want people to be afraid. I want them to respect our country,” he said. “Right now, they don’t respect our country.”[3]

It seems Trump‘s aspirations are quite well aligned with the power identified with the Sun major period and this foreseen shift in emphasis. However, some question his speaking style and propensity to say things that are not immediately appreciated. So far, he has been able to transcend such problems. The question is if his likely main rival, Hillary Rodham Clinton, reflects more credibly this energy of authority and respect in her aspirations and manner?

The American voters will soon decide.