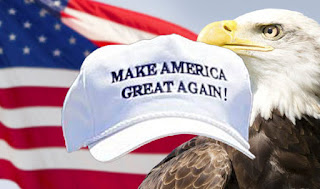 Seven years ago a long-term prediction was made on this blog. It was about a revitalisation taking place in the USA after the onset of the Sun major period in the SAMVA USA chart in April 2016. The prediction was twofold. First, the USA would experience a resurgence of power on the international stage. Second, domestic policies would be enacted that would reduce inequality and social injustices plaguing the country in recent decades. There are clear indications that this twofold development is in the early stages of being manifest in the national life.


I. The return of greatness

The first blog to comment on the coming sea change in the international position of the USA was published in early 2008.

The end of greatness

"In the third SUN dasa in the 3rd dasa cycle, which runs from April 9 2016 to April 10 2022, we can expect the extension of the territory, the increased authority of the USA abroad, in short, the return of the might of the country."

In another blog, published in early 2010, this prediction was reiterated. It was stated that there would be a surge in US power, similar to what took place in the late 1890s, under the the Presidency of McKinley, and later Roosevelt.

Almost a whole Vimsottari dasa cycle (120 years) later, in the summer of 2015, a candidate for nomination of the Republican Party has suddenly emerged and become the most popular one based on the simple mantra MAKE AMERICA GREAT AGAIN. While controversial, billionaire Donald Trump has proposed unconventional policies that would invigorate entrepreneurship, reduce the political privilege of the wealthy and increase well-paying jobs through fair trade policies. Having led in national polls among Republicans since the summer, his candidacy seems to have struck a cord with many Americans.

Freedom and liberty
Americans place great importance on freedom and liberty. Astrologically, this is explained by the placement of Mercury as 3rd lord of action and Sun as 2nd lord of status in the 7th house of others. They also have the Moon as 1st lord in the 11th house of aspirations, making them idealistic.

"I believe our flag is more than just cloth and ink. It is a universally recognized symbol that stands for liberty, and freedom. It is the history of our nation, and it's marked by the blood of those who died defending it." (John Thune, 1961-) 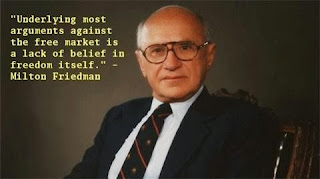 There is a sense of opposition to limits being placed on the freedom and liberty of Americans. This is likely rooted in their sense of self-reliance. There is also a distrust of big government, such that its encroachment into the lives of ordinary people is often considered unwelcome. While this emphasis will likely continue to dominate the political scene in coming years, a sea change is about to take place in attitudes towards large corporations and the influence of the wealthy in politics.

Lack of competition
Up until now the large corporations have operated free of government restriction and the wealthiest Americans have enjoyed unfettered access to politicians through their lobby groups. This has resulted in laws and regulations that favour the wealthy, such that the large corporations do not face sufficient competition. In fact, they are able to buy up profitable new competitors, reducing competition further. As a result, they charge higher prices, keep wages lower and exhort their employees to work ever harder. This has resulted not only in growing inequality but also in serious economic and financial imbalances. As this is increasingly being recognised, the real change will likely come when the big behemoths are broken up and subject to more stringent rules of competition, as was the case in the Progressive Era. In other words, the country will rein in the big firms and restore true competition on the market place. As such, the emphasis in politics is slowly shifting towards policies that address long standing social injustices, such as many Americans being forced to move into lower paying service sector jobs as better paying jobs are shipped overseas.[1] Astrologically, this is due to the strong Sun in the horoscope, which gives discrimination about moral issues, the ability to know right from wrong. Moreover, the Sun is also an indicator of the national leader, hence it will likely be the President that ushers in this major change.

In late 2009 the following prediction was made for the USA in 2016 and later:

From Gilded Age to Progressive Era
Cosmologer‘ blog – November 18, 2009
From the late 19th century and in the early 20th century, there was a major political shift in the USA, which is very much aligned with the planetary periods in the SAMVA USA chart (Perpetual Union). In fact, while planetary transits explain the significant events, the periods give an amazing insight into major trends in US history. The chart indicates a similar major shift will take place in US politics from around 2016, with a general improvement lasting for several decades.
…
Conclusion
We can see that the Gilded Age was replaced by a much more confident and progressive era in US national and political life. This is consistent with the major planetary periods of the time. The national life in the USA since the 1980s has been characterised by great economic progress, with notable advances in communications infrastructure. However, imbalances, financial panics and social tensions have also been there. The forthcoming periods of the Sun (April 2016 - April 2022), Moon (- April 2032) and Mars (- April 2039) indicate that the US will experience a return to considerable progress in the national life during these periods, associated with policies that lead to a reduction in tensions over inequality or injustices, consistent with earlier such periods in the national life.


On October 13, 2015, the Democratic Party held its first televised debate. In their 2 minute introductory statement, the five Democratic candidates for President stressed inequality and social injustice in America and what they plan to do about it. 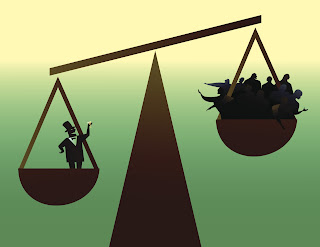 In other words, the issue of inequality and social injustice has come to the very forefront of the public debate in America. In 2009, this was not the case. It was in the fall of 2010, when the Occupy Wall Street Protests began, that the issue of rampant inequality began to come to the attention of most people. Now the media is full of stories on it.

"If poor people knew how rich rich people are, there would be riots in the streets." (Chris Rock, 1965 -)

It is clear the situation is grave and the politicians know about it. However, it will not necessarily be the Democrats who bring in the change. They are more the party of taxation and expenditure, associated with big government. It is likelier that a Republican, favouring free enterprise and limited government, will be the one to address these problems, by increasing competition and restoring industrial production, consistent with the period influences seen in the SAMVA USA chart. Unrelated to this prediction, the respected Indian astrologer & author V. K. Choudhry has predicted that a Republican is likely to win the Presidential election in November 2016.

In any event, the accurate prediction of the nature and timing of events in the USA show that SA astrology, which works so well when applied to the horoscopes of individuals, also works in the mundane sphere when it is applied to an authentic mundane horoscope like the SAMVA USA horoscope. In fact, the many other accurate predictions for the USA based on it increase the confidence that it is indeed the AUTHENTIC horoscope of the USA.

Posted by Cosmologer at 11:02 AM No comments: