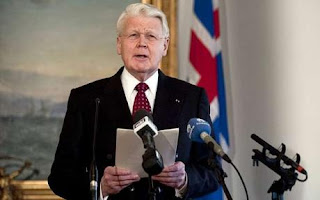 Normally, we look at mundane horoscopes to examine national events. In this article, we look at an inauguration chart of the President of Iceland, to explain controversial actions taken by him. At 4:25 PM on August 1, 2008 in Reykjavik, Olafur Ragnar Grimsson took the oath of office of his third term as President of Iceland.
.
An afflicted 10th house
At this moment, 23° 55‘ Libra was rising and all planets are well placed in the horoscope. First lord Venus is weak in infancy in Leo and 11th house. Seventh lord Mars is also conjunct the 11th house MEP, suggesting influence of foreign relations for hopes and wishes. The best placement is 3rd lord Jupiter conjunct the MEP of its own house. A notable feature is the severe affliction of the 10th house and its lord, the Moon. FM Ketu is placed at 24° 32‘ Cancer and conjunct the MEP of the 10th house, which gives a pronounced separating influence on the 10th house affairs, as well as the 2nd, 4th and 6th houses. This influence suggests scope for some sudden, electrifying events. The weakness is more pronounced as 10th lord Moon is at 19° 14‘ Cancer where it is conjunct 12th lord Mercury at 18° 58‘ Cancer. Both planets are widely conjunct the MEP of the 10th house. 11th lord Sun at 16° 47‘ Cancer is also afflicted by the 12th lord. These placement suggest sudden setbacks involving the process of law.
.
Icesave dispute
An interesting development in Iceland since October 2008, is the so-called Icesave dispute, which is a diplomatic dispute that began in 2008 between Iceland on one hand and the United Kingdom and the Netherlands on the other. The dispute is centered on the retail creditors of the Icelandic bank Landsbanki, which offered online savings accounts under the "Icesave" brand. The bank was placed into receivership by the Icelandic Financial Supervisory Authority on 7 October 2008. As a result, more than 400,000 depositors with Icesave accounts in the UK and the Netherlands were unable to access their money for at least 6 to 8 weeks, while waiting for payout from the Deposit Guarantee Schemes in these countries. Much of the public controversy arose around the UK's use of what the Icelandic government described as "anti-terrorism legislation" against Iceland.
.
Changing role of the President 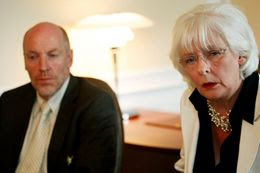 According to the tradition, the President of Iceland has normally only a figurehead role in Icelandic politics. However, from the start of this dispute, the President has had a hand in it. At the outset of the dispute, the President made controversial comments about Britain at an informal lunch with foreign diplomats on November 7, 2008. After the Icelandic authorities had negotiated with Britain and Netherlands in 2009 and the Parliament had ratified the agreement, Mr. Grimsson on January 5, 2010, declared he would not sign the bill and called for a national referendum on it. The government was upset by this turn of events (see photo). In the event, a sizable majority of Icelanders voted against the bill in a referendum.
.
In the parliamentary democratic system, the major innovation of this President has been to change the Presidency from a figurehead role to a more activist role with regard to important matters of state, by invoking a dormant right to deny signing an act into law, resulting in a national referendum. While he may have helped reconcile a democratic gap between the people and their parliament, some comment that his actions have opened up a major gap between this President and the Parliament. While the President has become popular for his efforts, the government is furious at this turn of events, and will likely seek to limit these powers of the President through changes to the constitution.
.
Astrology of 1st event 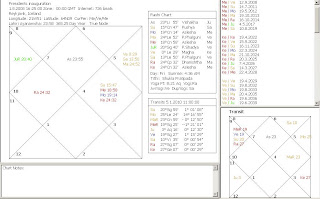 Mercury-Venus period is operating in the inauguration horoscope. At the time of the first rejection, there was a stellium of planets on top of natal 3rd lord Jupiter on the MEP of the 3rd house, including 12th lord Mercury. At the same time, the transit nodes were in applying conjunction with the 3rd and 9th house MEPs, while also afflicting transit 10th lord Moon in the MEP of the 11th house. While surprising, even shocking, the action had a favourable influence on the dispute, with easier terms being offered to Iceland by the UK and Netherlands.
.
The rejection was followed by a another round of negotiations in 2010, which resulted in much improved terms of the agreement. On 16 February 2011 the Icelandic parliament agreed with a repayment deal to pay back the full amount starting in 2016 finalising before 2046, with a fixed interest rate of 3 percent (as opposed to the 5.5 percent of the earlier agreement).
.
Astrology of 2nd event 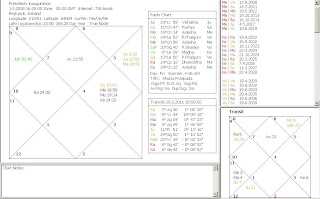 On 20 February, 2011, the Icelandic president once again refused to sign the new deal calling for a new referendum on it. This again surprised people, although a large number of people applauded the act. Many Icelanders consider there to be no legal reason for the public to pay for the liabilities of a private bank abroad.
The government of the Netherlands has announced it will not negotiate another bill and in the event of it being rejected in a national referendum it is likely that the matter will be sent to an international court, with an outcome that could be worse for Iceland. Meanwhile, international assistance to Iceland as it recovers from a banking collapse may be held up. Again, the government is upset at the President‘s decision.
.
Horoscope for Iceland 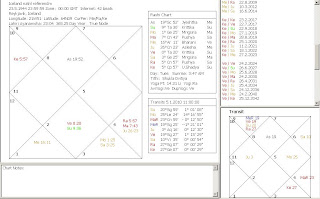 In the tentative 20° Scorpio rising horoscope for the Republic of Iceland, the events are also seen. For instance, note the significant influences on the 2nd house and its ruler, Jupiter, at the first non-signature.
References
http://en.wikipedia.org/wiki/Icesave_dispute
Posted by Cosmologer at 10:08 AM No comments: