The Science of Astrology 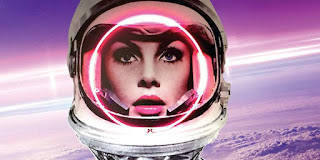 Through the years, many scientists have taken great pains to denounce astrology. In 1975, 186 leading scientists, including some Nobel laureates, signed a petition to warn against astrology as a superstition and pseudo-science. A few scientists objected to the authoritarian and dogmantic tone of the statement ; while others suggested scientists should study the subject before dismissing it. Nevertheless, the statement remains a cornerstone of scientific attitudes towards astrology. Bill Nye, the self-professed "science guy," is a recent example of such people denouncing astrology, either for its inability to explain the present or predict the future. In this article, the source of the objections of science types to astrology are examined, followed by an overview of the nature and limits of astrology as a scientific field of inquiry into human life.

The difference different types of cosmology make
In the western world, most who object to God, do so based on their understanding of a Judeo-Christian conception of God and dualism. Hence, they remain by and large ignorant of other conceptions of God, such as in Indian cosmology of monism. This matters in that scientific materialism now pervades the west, which finds it easy to reject a simple conception of God, such as being a seperate being that resides in "heaven," requiring intermediation of priests, to connect God and the masses. By  comparison, the Indian conception of Brahma (God) implies an all-pervasive consciousness, an energy force, that permeates the created world. Further, this conscious energy is reflected, to varying degrees, in the self-reflective conscious vibration of human, animal, insect and plant beings, as well as in the slow unconscious vibration of inert matter. In short, all humans are reflections of the divine. Indeed, the Indians further assume that the created world is a "divine play" of God, which began when He/She awoke from a sleeping state in the Big Bang  In doing so, the created world began to reorganise from the instantaneous expanding chaos into an evolving order of increasing consciousness and meaning. As unit entities of the divine consciousness, the souls of human beings, evolve by taking birth in lifetime after lifetime. They learn from their actions and the law of karma, based on relentless recurring episodes involving "pain of separation." This process of action and reaction purifies the soul, and in the end, the understanding arises that the only true goal of existence is the infinite love of God, which all can seek refuge in, based on pure devotion, acts of mercy, or intellectual understanding. Contrast this with the understanding of western science types (also in Communist China), who normally believe the created world is one of matter over mind, such that all of human life can be explained by material processes, including our mind and consciousness. In turn, compare that with the Indian school of thought, which believes in mind over matter, and that all of life can be explained by the struggle to evolve our conscious experience in life. By all appearances, the divergence in views is creating difficulty for western scientists to comprehend the knowledge of the world they are faced with, where matter, energy and consciousness interact. Indeed, the factual knowledge of the world, based on only matter and energy, has far outstripped the scientist's comprehension of the world as a system of meaning, due to their belief in a stale material cosmology that excludes consciousness as an integral part of the framework. This is important when explaining their reaction to astrology, but the problem also resides with western astrology, it too being largely based on the western cosmology of duality or materialism. Indeed, it is the ancient vedic tradition of astrology which is aligned with this deeper meaning of life and is likely the true source of astrology in the world, being also based on the real, visible zodiac. 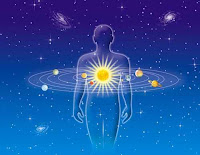 There are no kind ways to say this but western astrology is a dead end. While it has some redeeming features, it is doomed in praxis. It relies on a conceptual zodiac, that is wrong. It makes no distinction between visible and invisible (to the naked eye) planetary bodies. It focuses on sign placement of the Sun for central meaning, which takes 30 days to pass through a sign. It has limited understanding of horoscopic astrology and no clear rules of interpretation and prediction. The redeeming feature is that planets and their aspects do sometimes work. As a result, predictions based on western astrology are often wrong and there is a common reliance on 'after the fact' explanations as 'proof' of relevant insight. Sadly, western astrologers appear to be so vested in this accumulated hodgepodge of "knowledge" that by and large they refuse to even consider a better system, the vedic system. More troubling is the fact that the world of science has been exposed to this flawed and failing system of astrology for several hundred years, and the impression is not one of admiration, as earlier noted. Perhaps, this sorry state would be expected to continue, if there were not a viable alternative: vedic astrology. Let's us consider a few historical facts in this regard. The origins of vedic astrology are likely far older than the archaeological record is able to verify, going back many thousands of years. The Indus-Saraswati civilization is traced back to 12.000 BCE, while the Sumerian-Mesapotamian civilization is far younger, emerging in 5.000 BCE. Proto-astrological concepts are known in the Rg Veda, such as the Sun, Moon, the nodes and eclipses and the planets and their aspects. At the same time, the earliest record of horoscopes comes from Greek texts of Greek speaking astrologers in 1st century BCE of the Pan-Hellenic world, which stretched into India. Should that find be taken as a sign that horoscopic astrology emerged in Greece? Hardly, as there is no record of astrology in Greece before the Greco-Indian era. Why would the spontaneous emergence of the most developed form of astrology appear there, without any prior development? As in ancient times, the emphasis of vedic astrology is on the visible sidereal zodiac and planets. By comparison, the devolution of astrology in the emergence of sun sign astrology based on the now imaginary tropical zodiac, emerged in Rome. The horoscope forms the basis of the horosocopic system of astrology, that focuses on the ascendant and its degree in order to identify the personality and physical appearance. The ancient vedic system placed the ascendant at the top of the horoscope, representing the beginning of the reading with the 1st house of self, whereas the nascent western astrology moved the ascendant to the left, representing the appearance of the sun in the east. Importantly, it is truly the vedic system that can offer a plausible philosophical context, as earlier discussed, for why the planets and cosmos influence life on earth, and why the planetary influences contain both blessings and challenges, consistent with the karma seen in a horoscope. The Systems' Approach for Interpreting Horoscopes may be considered the prime method of this most advanced form of astrology, by offering a more accurate basis for horoscope interpretation and prediction. It does so by emphasising the functional nature of planets, based on the houses they rule, in addition to their general indications, as well as offering other helpful rules for interpreting the horoscope.

The difference different types of science make
Astrology has a scientific problem and it is different from what most people think. It is not because astrologers can't or won't apply the scientific method. It is because astrology is, like human life itself, ever moving forward from an infinitely complex set of mundane factors, which can never be replicated in a scientific experiment. Moreover, the scientific hypothesis for why astrology works cannot easily be posited in a scientific world that itself excludes astrology's main object of study, the evolving influences of the cosmos on human consciousness. What we have, however, to build on, are insights acquired by noble and intelligent astrologers over millennia, on how to interpret horoscopes and to predict based on them. Indeed, it is only through repeat accurate predictions that we best align astrology with that of science. More accurate predictions would not only make the users of astrology happy, but make astrologers more confident in their work and scientists more curious about astrology as a worthwhile field of scientific study. In doing so, astrologers become more scientific in their approach and the scientists invest more in new knowledge involving the philosophy of the world they seek to understand and explain. So, the hope of an article like this one is that it helps western astrologers and scientists to reframe their views and practices, and thus bring them closer together, based on all the available knowledge. Indeed, the objective of intellectual inquiry is not to win an argument but to improve the lives of people. As Nelson Mandela wisely observed "only by changing ourselves can we hope to change the world."
Posted by Cosmologer at 3:28 AM No comments: Links to this post