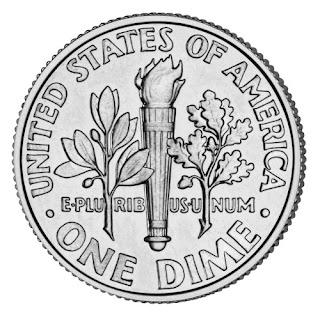 At 11:18 pm GMT, on December 30, 2006, capping a decade long search, Cosmologer introduced a new horoscope for the USA on the SAMVA discussion list on Yahoo. The new horoscope fit all the criteria for a powerful, dynamic and benign but sometimes troubled country like the USA. More importantly, it was based on an actual legal event that could be consistent with the founding the new nation. Specifically, it was the event when Maryland became the thirteenth requisite and final state to ratify the creation of a Perpetual Union, the forming of an everlasting national bond among the thirteen States. The discovery would have been impossible without the Systems' Approach or the many insights of astrologer and author, V. K. Choudhry, guiding the search efforts on SAMVA list. Befitting this historically important discovery, there is a stunning mysterious link between this authentic horoscope for the United States of America and the horoscope of the SAMVA list, which was created to discover it.

Many accurate predictions
The introduction of the new horoscope was accompanied by predictions which were soon realised:


Some years, no major crises were predicted, which also turned out to be accurate! The explanatory power of the chart was also tested with reference to numerous major historical events, as the many articles on this blog attest to.

Decade long search
The discovery capped an almost decade long search for an authentic horoscope for the USA by Cosmologer. On November 28, 2000, with the blessing of the propounder of the Systems' Approach, astrologer and author, V. K. Choudhry, he founded the SAMVA list with this express purpose of identifying authentic mundane horoscopes. Many competent astrologers joined the list. On November 2, 2004, historical scholar John Thomas Wyder Battalana reached out to Cosmologer on another forum based on their shared interest in the founding history of the USA. In June 2006, he joined SAMVA list to help Cosmologer undertake a systematic search of possible birth events. Six months went by with periodic discussion off-list, involving the testing of horoscopes for various historical events. None of them gave a good fit or resulted in accurate predictions. The abovementioned legislative event, however, gave an instant good fit. Not only did the event itself make good historical sense but a reading of the chart offered a plausible match with all the tested significant events in the history of the country. Predictive successes based on it then gradually began to increase the confidence. Ten years on, there is little doubt left about its authenticity.

Historical event
The chart is based on the time when Governor Thomas Sim Lee, signed an Act which both houses of the Maryland State legislature had approved, ratifying the Articles of Confederation and Perpetual Union. The time was 5:00 pm LMT on Friday, 2 February 1781, in Annapolis, Maryland, giving 20° Cancer rising in the sidereal zodiac (4:58:33 pm when relocated to then capital city, Philadelphia, Pennsylvania). Importantly, the Act by Maryland was the 13th and final requisite ratification for the formation of a Perpetual Union. In other words, the Act by Maryland was the final required step in the approval process for the creation of a new nation by the thirteen up till then independent and sovereign States.

Historical record
The event was entered into the legislative record:
"State of Maryland legislation, to authorize ratification [the USA’s 13th]
By the House of Delegates, January 30th, 1781, read and assented to,
By order, F. Green, Clerk.
By the Senate, February 2nd, 1781. Read and assented to.
By order, JAs. MacCubbin, Clerk,
Tho. S. Lee. (L. S.)"1
[Note 1: 1 This copy is in the Papers of the Continental Congress, No. 70, folio 453. It was also entered in No. 9 (History of the Confederation).]
Maryland Senate, Annapolis, February 2, 1781
In the afternoon Session ["Post Meridiem"] among engrossed Bills Nos. 26 up to 52, No.40 was signed and sealed by the Governor, in the Senate Chamber, in the presence of the members of both Houses of the State Legislature.
"No. 40 An Act to empower the delegates of this state in Congress to subscribe and ratify the articles of confederation.
The Senate adjourns to the first Monday in August next."
An important clue emerges about the time of the signing ceremony. The fact that it was the last order of business before adjourning the Senate offers support for the rectified time of 5:00 pm.

SAMVA discussion list
The 6° Leo horoscope for the creation of the SAMVA discussion list is interesting for a number of reasons. First, it has the same ascending degree as President-elect Donald Trump. Second, and more importantly perhaps, is the fact that it has a 120 year Vimsottari - Dasa cycle that is identical in timing to the one in the SAMVA USA chart. As a result, both had very auspicious Sun major periods beginning within a week of each other in April 2016. This is interesting as one was created for the discovery of the other. Third, the discovery of the SAMVA USA chart occurred during the Venus-Jupiter period in the horoscope for the creation of the SAMVA list. Jupiter is one of the most auspicious sub-periods in the 6° Leo rising horoscope. This is because 5L Jupiter is at 12° Taurus and 10th house in opposition aspect to 1L Sun at 13° Scorpio and 4th house. This powerful aspect between the two planets ruling spirituality is suggestive of divinely inspired creativity in the public domain that is aided by a deep perceptiveness. Moreover, when the chart was discovered transit Jupiter was conjunct natal Sun. In the God-centred cosmology of the Vedas, the good karma of discovering the authentic horoscope for the USA, an effort that has challenged untold astrologers for over two centuries, can be explained astrologically with this powerful and accurate method of astrology.
Posted by Cosmologer at 3:18 PM