Inviolability of the Union 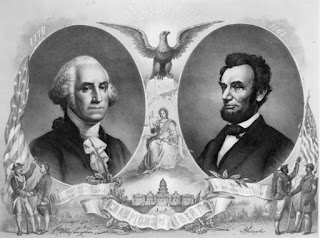 The SAMVA USA chart is based on the event when the perpetual Union of the American States was formed.

It is clear that the Articles of Confederation and Perpetual Union established by law the United States of America as a national entity. The Union that the founders, including George Washington, had created was put to the test in the Civil War and survived due to a determined effort under Abraham Lincoln's leadership.[1] Furthermore, following the war, it was adjudicated that under American constitutional law, this concept means that states are not permitted to withdraw from the Union.

When the U. S. Constitution replaced the Articles, nothing in it specifically stated that the Union is perpetual. Even after the Civil War, which had been fought by the North to confirm the inviolability of the Union, some still questioned whether any such inviolability survived after the Constitution replaced the Articles. That issue was settled in the 1869 United States Supreme Court case Texas v. White. In that case, the court determined that the drafters intended the perpetuity of the Union to survive:

By [the Articles of Confederation], the Union was solemnly declared to "be perpetual." And when these Articles were found to be inadequate to the exigencies of the country, the Constitution was ordained "to form a more perfect Union." It is difficult to convey the idea of indissoluble unity more clearly than by these words. What can be indissoluble if a perpetual Union, made more perfect, is not? [2]

In other words, the formation of the perpetual Union, by defining the ties which make the United States of America a nation, constitutes its true founding event.