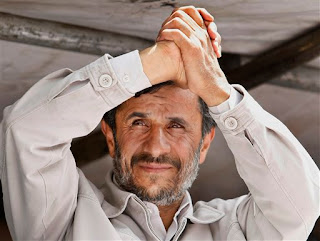 The outcome of the latest round of talks to defuse the international tensions over Iran's nuclear ambitions suggests Iran is, for now at least, the 'winner.' By default, Israel is considered the 'loser' in the high stakes international negotiations. Such outcomes are exactly in line with what has been predicted for Israel at this time based on the Capricorn rising national horoscope (sidereal) for Israel. 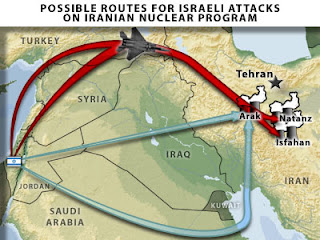 October 3, 2009 -- Updated 1843 GMT
(CNN) -- The United States and its partners in the P5+1 -- Britain , France , Germany , Russia and China -- left Thursday's talks with Iran in Geneva , Switzerland , rightfully claiming progress...Or so they thought...Iran's supposed about-face also blunts the threat of Israeli attack, at least for now. Israel has maintained for years that Iran was not being honest about the scope of its nuclear program and has pointed to the Qom facility as confirmation of its suspicions. [1]

Israel is the loser from the Geneva encounter
DEBKAfile Exclusive Analysis October 3, 2009
After the hype evaporates from the Geneva encounter between the six powers and Iran and the raw emotions fade from the videotaped sight of kidnapped Israeli soldier Gilead Shalit, Israel is left to take stock of where it stands in relation to its enemies, Iran and the Hamas. The score is Israel - nil; Iran and its ally Hamas - two up. [2]


In the article Ties that bind: Israel-USA (March 27, 2009) it was considered what influences the transit of 12th lord Jupiter was likely to bring while stationary at 23°-24° Capricorn and 1st house this fall, where it is exactly opposite 2nd lord Saturn in Cancer and 7th house in the national chart for Israel, and the following was stated:

"For Israel, this transit affliction creates problems with 12th house issues of e.g. "loss" of status in foreign policy sphere". [3]

Further in the article Tense autumn ahead (August 8, 2009) it was stated that the aspect

"...suggests some losses will be felt by Israel."

In view of other aspects it was added

"...there is likely to be heightened tension in Israel...especially in the first half of October." [4]

The above mentioned outcomes are exactly in line with these predictions.