Dollar down the tubes? 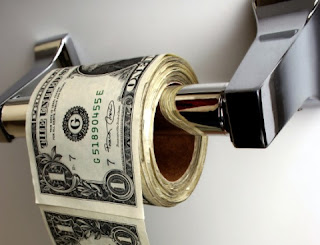 During 2009, the Russian and Chinese governments have publicly expressed grave concerns about risks to the international financial system from the issuance of enormous debt by the US government to shore up its financial system. In particular, the role of the US dollar as an international currency has been questioned. The Russians and Chinese have also suggested the creation of a truly global currency is needed to reduce risks and share more evenly the benefits of an international currency. Problems with regard to the debt of the US government have earlier been foreseen on the basis of the SAMVA USA chart (Perpetual Union). It has been suggested that while the situation is likely to place strains on e.g. the President of the USA, the dollar, interest rates on the debt and concerns for inflation, the situation will remain manageable.

A well known US investor, Julian Robertson, founder and chairman of Tiger Management, has now openly criticised the US government for becoming too dependent on Japan and China to finance the country's debt. Robertson accurately predicted in 2007 that the USA was in for a "Doozy of a recession". [1] He now thinks the present debt situation has put the US at risk of a severe economic crisis if these countries stop financing the USA. 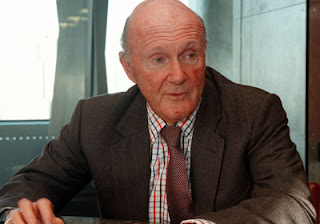 "It's almost Armageddon if the Japanese and Chinese don't buy our debt...I don't know where we could get the money. I think we've let ourselves get in a terrible situation and I think we ought to try and get out of it...If the Chinese and Japanese stop buying our bonds, we could easily see [inflation] go to 15 to 20 percent.”

While Robertson also said he doesn’t think the Chinese will stop buying US bonds, the Japanese may eventually be forced to sell some of their long-term bonds. He also warned:

“That's much worse than not buying...The other thing is, they're buying almost exclusively short-term debt. And that's what we are offering, because we can't sell the long-term debt. And you know, the history has been that people who borrow short term really get burned...The only way to avoid the problem, he said, is to "grow and save our way out of it...The U.S. has to quit spending, cut back, start saving, and scale backward...Until that happens, I don't think we're anywhere near out of the woods.”

This is in line with the predictions earlier this year for strains this autumn over the increasing US debt, which could result in a drop in the dollar, rising interest rates on the debt or concerns over higher inflation.

Predictions
On this blog it was predicted on December 31, 2008:
"From September to November, transit Jupiter, as 6th lord of conflict, will be stationary at 23° Capricorn and the 7th house. In this degree, Jupiter is conjunct natal 2nd lord Sun of SAMVA USA chart. This placement will place a grave strain on the US President, and the wealth and status of the country. Concerns over terrorism or financial stability may reemerge, prompting changes in the US foreign or economic policy at that time. In October, transit Rahu will briefly afflict transit 8th lord Saturn, while transit Saturn and transit Ketu afflict natal Jupiter. These aspects are likely to briefly revive concerns over the economy." [2]

On March 29, 2009 the following was written:
"When the government accumulates debts, tax payers must prepare to foot the bill through either higher taxes or inflation or reduced government services or transfers. Otherwise, the debts may become unsustainable. In the SAMVA USA chart, the astrological reasons, in terms of transit and period influences, of such adverse debt development are readily explained...In the autumn of 2009, US government debt is likely to register further increases and may reach high levels, albeit not as high as during the 1940s." [3]

On August 8, 2009 it was added that:
"As for the transit station of Jupiter, we may note that in the case of the USA, Jupiter is 6th lord of conflict, financial (in)stability and health matters. This energy will place a strain on the 2nd house indications of wealth, status and relations with neighboring countries. As Sun is the general indicator of the leader of a country, the strain will also affect the US President and top leadership. Moreover, the Sun is quite strong in the SAMVA USA chart and transit afflictions thus normally produce a temporary strain rather than a setback." [4]